You've still got over 2 weeks before you sit Paper 2 so there's still time to do some reading. In the last post I mentioned how it's important to read plenty of articles about language, but there's even time to read around the subject (or listen if that's what you prefer).

I posted these suggestions earlier in the year, but there's still time to dip in and out and these are all accessible for students if you've got a bit of time and patience.

My top tips are:

For listening revision (always good for those tedious bus or train journeys, or Maths lessons):

And finally, the Cambridge Topics in English Language series that Marcello Giovanelli and I edited are all out now. We're chuffed with how they've come out and they seem to have been going down well. You can see more about them here.


If you have any suggestions for things you've read or listened to recently that have been helpful, please add them to the discussion on Twitter here.

Email ThisBlogThis!Share to TwitterShare to FacebookShare to Pinterest
Labels: 7702/2, revision

Revision round-up 3: being prescriptive (about being descriptive)

As you'll no doubt have studied on this course, descriptivists describe language while prescriptivists prescribe, telling us what we should (or shouldn't) be doing with language. After (nearly) two years of language study, you'll probably have got the general idea that we (your teachers) would prefer you to be descriptive rather than prescriptive about language. That's not (necessarily) because we want you in some kind of liberal-leftie lockstep in which anything goes, but because if you're studying language you really need to be able to do better than just say "I don't like X and that's why you shouldn't use it" (where X is vocal fry, 'Americanisms', rising intonation, 'like', (non-literal) 'literally' or 'bae'... Ok scrub that, no one should say 'bae').
Overall, what I think we want you to avoid is knee-jerk prescriptivism. And that doesn't mean you can't challenge language change and/or language diversity, or offer your own deeply-held views about language. I can think of plenty of cases where there's a really good argument to be had about the problems that might arise if language changes too quickly or becomes too diverse. There are arguments around intelligibility and how people are judged out there in the real world for their language use which could all be argued from a broadly prescriptive position.
There are also some compelling arguments around the top-down control of language and language engineering, with topics like political correctness and language reform that could be addressed from different positions and argued about with reference to all sorts of studies and linguistic debates.

For example, is political correctness an oppressive anti-free speech movement, or an attempt to make people more conscious and therefore more careful about language that can cause genuine upset?  Look at attempts to police and control language in the past: it's exactly the sort of debate that would have been relevant in last year's question about language change being "controlled or directed".

So, at the heart of this, I think we want you to show your knowledge about language and argue your own case, with supporting evidence. And because you have studied language, your arguments will probably be better supported than some of those you'll be asked to analyse and discuss on Paper 2. After all, many of the articles about language that are published in the media are written by people who may well love language and use it very effectively, but they probably haven't studied language change, diversity and the history of language complaints. You have, so you might come to these topics with a different insight.

While you might be able to offer a different perspective on the content of the articles/extracts you're given in Paper 2, what you can also do is learn from good writers how to put a case. You will have looked at lots of pieces of writing about language on this course - articles complaining about the modern use of 'literally' (even if it's not really that modern at all), self-help guides telling all you need to know about male-female conversation styles, online pieces about women needing to empower themselves by getting rid of vocal fry and uptalk - and hopefully you'll have picked up some of the techniques to write catchy headlines, helpful straplines and to structure your argument so it hits home, but you'll also have seen how writers make use of what's going on around them to link their arguments about language to wider points about society, and how sometimes they play the devil's advocate or use a running joke or metaphor as a way of guiding the reader.

As you're revising for Paper 2, don't forget that while content and knowledge are really important, practising writing opinion pieces that both inform and entertain is also part of your task and there's still time to get better at this by reading plenty of articles and identifying the techniques and approaches that you can make use of too. 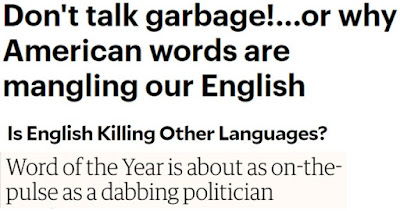 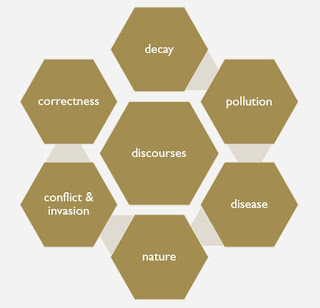