From 'discuss' to 'evaluate' between AS and A level

One of the big differences between what you do at AS level and A level is in the "command word" used to give you your tasks.

At AS level, Paper 2 questions use the formulation "Discuss the idea that...", where the "idea" is something that you can then focus on and tell us about. By using "discuss" as the command word, the question (well...it's an imperative really, grammar-lovers, so not really a question at all) is asking you to tell us about what you know in relation to this topic. There's no real sense in the word 'discuss' that to answer the question at a reasonable level that you have to weigh it all up and come to any kind of definitive conclusion, but that's what's expected a bit more at the highest level (Level 5 of the AO2 mark scheme) where last year's main indicative content key words were: explore, assess and "make some evaluative comments".

The way I've taught my students to approach this at AS level is to assume that each level builds on the ones below and adds more:


For A level, the bar is likely to be shifted up a little, I think. No actual A level papers have been sat or marked yet, so I'm basing this interpretation on how we approached the marking of the AS last year and my experience of teaching the A level this year. The A level is more demanding for a couple of reasons.

What does 'evaluate' actually mean though? Dictionary.com defines it in three ways (but one of these is about maths, so we'll leave that one out):

1.to determine or set the value or amount of; appraise:to evaluate property.2.to judge or determine the significance, worth, or quality of; assess: to evaluate the results of an experiment.

The Ofqual document from which AQA 'command words' were drawn up, defines evaluate simply as "judge from available evidence". So, what does this mean for English Language A level? My view is that it's about weighing up ideas, assessing the relative merits of different ways of discussing language and showing an understanding of how different explanations can be offered for why language works in certain ways. If we stick to the sample questions, you might weigh up the view that English is breaking up by arguing that it has never been one form in the first place (look at all the accents and dialects that exist now and have done for hundreds of years, for instance). You might weigh up the idea that English is 'breaking up' as if it's a bad thing. Maybe a better metaphor might be the language morphing and adapting, not breaking at all.

If you are looking at the other question, then you might weigh up/appraise/determine the value of the the whole notion of 'miscommunication' and argue that we all miscommunicate and that it's got very little to do with gender at all. You might evaluate that idea more sympathetically too and argue, as Deborah Tannen did, that because boys and girls have been socialised into different types of talk that there *is* a type of gender-specific miscommunication at work.

At the very top level, this probably means doing more than weighing up alternative views, but critiquing and challenging models and even challenging the terms of the question.

Email ThisBlogThis!Share to TwitterShare to FacebookShare to Pinterest
Labels: 7701/2, 7702/2, revision 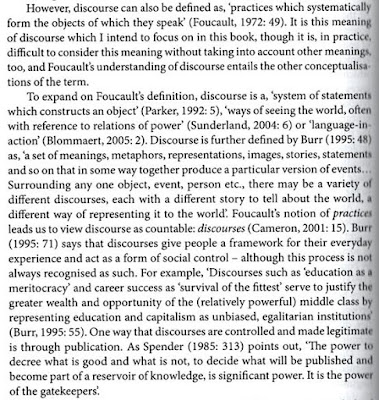 Looking for an example of how language and gender makes the news? Then go no further than these two pieces about the same story. Not only do you get a good sense of how language can be part of a wider battle about gender roles and social inequality but you also get a lesson in language discourses for free.

Just have a look at how The Guardian and Mail Online report the same story, use different sources, experts and language techniques to frame their views.
By Dan at April 02, 2017